Perfect for little ones, this rhyme-y tale chronicles the anticipation felt by young Llama Llama for December 25th to arrive.

Tickle your kids with suspense as you narrate Llama Llama’s festive activities and ensuing antics, including when he thoughtfully bakes cookies for his classroom and then gets a stomach ache from eating too many of them! Just when Llama Llama reaches peak holiday exasperation, Mama Llama lovingly reminds him, “Gifts are nice, but there’s another: The true gift is, we have each other.”

2. The Mitten by Jan Brett

A retelling of a Ukranian folktale, this stunning picture book is known to leave readers feeling warmhearted despite its snowy imagery. As the story goes, young boy Nicki is gifted a pair of mittens from his grandmother, who knitted them in white yarn at his request. She warns him that if he loses them outside, the mittens might be difficult to find in the snow.

Sure enough, a white mitten is left behind in the forest for a queue of creatures to wander their way inside. From a mole to a bear, the array of different-sized critters trying to nestle inside a tiny mitten makes for a silly tale—one that is sure to get giggles from your audience. 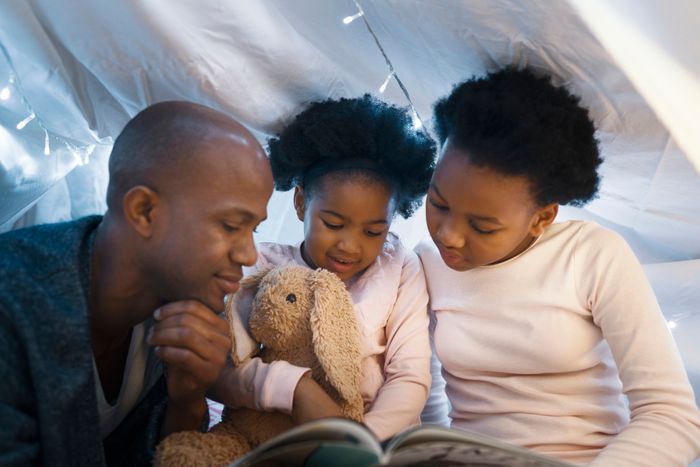 See the world through the eyes of Zoë and Zach’s new dog, Latke, after being adopted and gifted to the siblings on the first night of Hanukkah. Hilarity ensues as the pup fails to grasp house rules, inadvertently wreaking havoc on the family’s festivities.

Latke’s earnest nature is sure to win over youngins—even after he tears open the family’s wrapped presents, chews up the dreidels and eats the sufganiyot treats off the table. As the family reacts to the puppy’s blunders with grace, this story is bound to cue some “awws” every time Latke says, “I am one lucky dog.”

This wintery classic from 1962 reads like a poem, and it follows a young boy named Peter exploring the first snowfall of the season.

Vicariously thrill young listeners with Peter’s snow day activities, as he builds a snowman, makes snow angels and slides down a small hill. Most importantly, instill a love for the season as you recount Peter’s disappointment upon realizing that a snowball he had stowed away in his pocket melted and how he is cheered up when he wakes to see that the outside world is white once more. 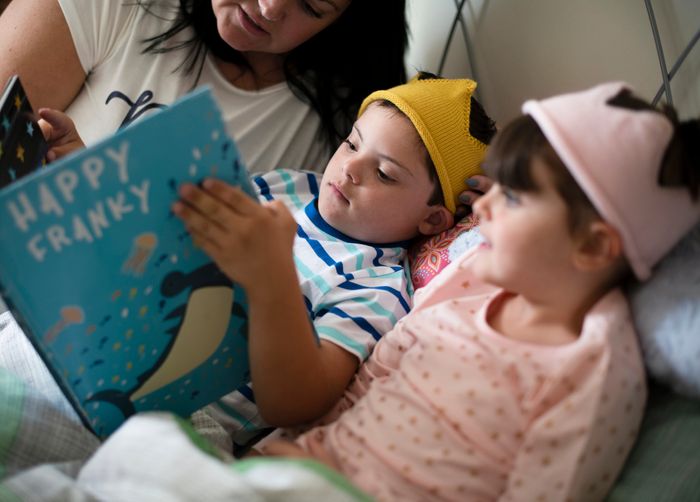 Delve into the holiday spirit with this tale about two kids, Ashley and Darryl, as they mull over their grumpy neighbor, Mrs. Jackson, in relation to their apartment complex’s Kwanzaa celebration. After learning that she is lonely for the holiday, on the first day of the festivities, they decide to introduce her as their honorary ancestor.

Regale your young audience with the principles of the weeklong celebration, and through this tale, invoke compassion as a virtue to not only adopt during the holiday season but year-round.

A good night’s sleep not only ensures that Santa will make it down your chimney this holiday season—it also enables you to be in tip-top shape to tackle every day of every year. Stop by our store today to check out our wide selection of mattresses!